As per last time, this is a lightly edited copy of a Twitter thread.

Wanna do a live-read of the new The Sprawl supplement? Yeah, I think I’m in the mood.

The Sprawl is the most conventional of the cyberpunk PBtA games — think trad cyberpunk with megacorps & mercs. Touched: A Darkening Alley is “a dark magic and horror setting for The Sprawl RPG.”

It’s written by Steve Wallace, DYMPHNA, and Hamish Cameron. It’s 47 pages long and available now on DriveThruRPG. This supplement was gonna be a single stretch goal from the Kickstarter but apparently grew, so I have no idea what to expect.

The Table of Contents is not revealing, except that there’s a mention of Miskatonic Amalgamated. I feel like that’s a bit on the nose. Maybe it’s on the nose in the fiction too?

The introduction says that Touched is now going to be a series of dark magic settings, cool. This one is a low-magic setting where magic’s starting to enter the world, also cool — it’s designed to be easy to merge into an ongoing campaign.

Chapter 1, The Sick Get Sicker. It opens with a history lesson starting in 1960. Nixon invented the corporate state, Vietnam became the first example, and things got awful. No magic here: it’s just a cyberpunk background. I like that it diverges early.

Whoops, there’s Miskatonic Amalgamated, landing a man on the moon in 1970. If I use this ever I think I’d just have to change the name. Things keep getting worse… cool, current day is 1985! So it’s retro cyberpunk, kinda. And the world is just starting to get weird.

The layout is clean and simple. The art is photomanipulations. It’s nice, an easy read. 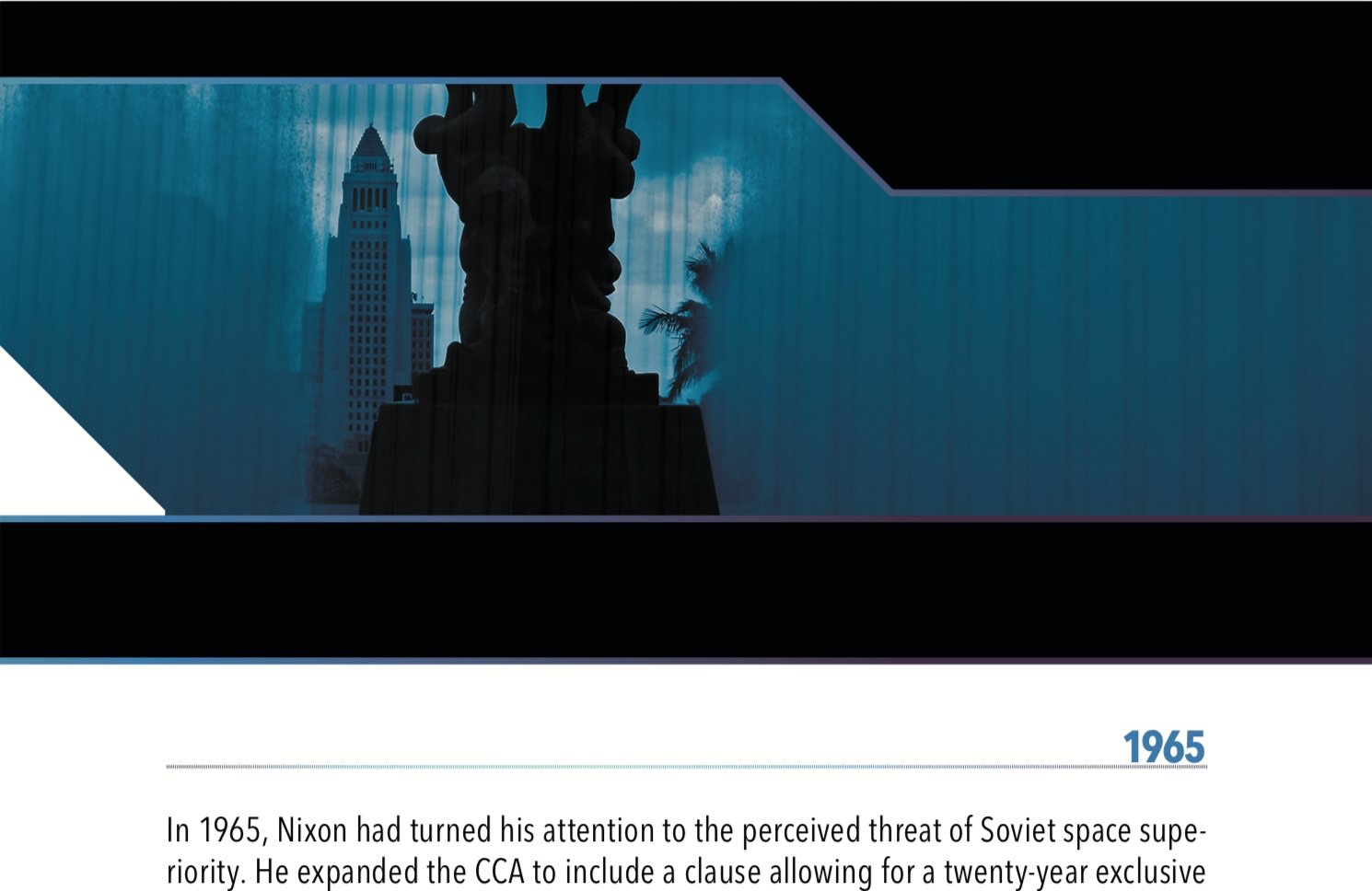 Chapter 2: The Rich Get Richer. This is three one page megacorp write-ups. Miskatonic Amalgamated is in fact a tech spinoff from Miskatonic University, and there’s a Waite in charge. I think I recognize the references for DMG Inc. and IMHP Aquatic, too.

It’s not that Lovecraft is a bad thing; I really enjoy Lovecraftian gaming. There’s just such a weight of expectations and in some aspects problems that you gotta talk about how to make it work. Delta Green and Cthulhu City are great examples.

Onward. Chapter 3: The Strange Get Stranger. This sets up the core loop for play in this world: rifts open in our dimension, megacorps look into it, Horrors sneak through the rifts.

As you like in a PBtA game, this chapter provides GM moves to use with rifts. Horrors are set up as things to flee, not things to fight — I like that approach. They also have Horror Clocks: normal clocks with some explicit horror flavor around the last couple of segments.

Finally, there are rules for occult artifacts. These are good, with mechanical flavor that reinforces the concept of a player-defined fictional world. This whole chapter is short and clear, and doesn’t give into the temptation to layer on rules.

Chapter 4 is The Weird Get Weirder. This contains a player-facing mechanic for insanity and stress, aka Eldritch Trauma. Trauma generates Coping Mechanisms, and when Coping Mechanisms hinder the mission you mark experience.

At the end of the chapter there’s a note on design principles for this mechanic, which is intended to destigmatize trauma and stress. I’m not a great judge of how well this succeed, but I like the principles.

Getting stressed doesn’t force behavior, which is excellent. Talking about how stress doesn’t make you incapable of functioning is also great. Tackling this in five pages is ambitious but you gotta address it. Thumbs up.

Next chapter: The Tough Get Tougher. This chapter presents the Antiquarian playbook. It’s cool, although the playbook has a total of 5 moves — the main book playbooks have upwards of 10 each. So a little short there.

Chapter 6: The Mean Get Meaner. (I haven’t been saying, but these are all 3-5 pages, btw.) Two new moves — Ritual and Spell-Craft — and a new stat, Touch. Touch is all things magical. Adding a stat is interesting but I think the right choice for The Sprawl.

One of the reasons I think of The Sprawl as the trad PBtA cyberpunk games is that the stats, as with AW, are very traditional. (The Veil uses emotional states as stats.) Simply layering magical ability onto Mind or Style or Edge doesn’t feel right.

You could do something more interesting and say that players choose a magic-governing stat for each character, which can differ. That’d imply things about the flavor of the magic. But I think it’s more in line with the rest of the system to just add a stat.

You can sacrifice items with the [artifact] tag to get unlimited bonuses on your Ritual roll. This is interesting cause of an earlier line: “Antiquarians usually have a few [artifacts] on hand at any given time.”

I think if that’s literally true, the Ritual move is a bit dull. There’s also no penalty for rolling 6- except losing any artifacts… yeah, I’d need to tweak this some. 7-9 needs a list of consequences, and really players should choose from true, helpful, or actionable.

Final chapter: Running the Alleys. One page of GM advice about how missions should feel, half a page of suggested media. Not a ton to say about this.

Summary: I like the skeleton of this supplement, but I think some of the meat is a miss. It’s certainly good enough to save me work if I ever want to run a Lovecraftian cyberpunk game, which is a possible thing.

It completely satisfies my expectations for a stretch goal. I don’t think I’d buy it otherwise but I’m glad I own it. Also, kudos to the Ardens Ludere crew for continuing to work through their stretch goals — this has been a good Kickstarter.