Movies reviewed this week: Hedwig and the Angry Inch, The Badlanders, Drifting Clouds, Streets of Fire, and The Crowd. 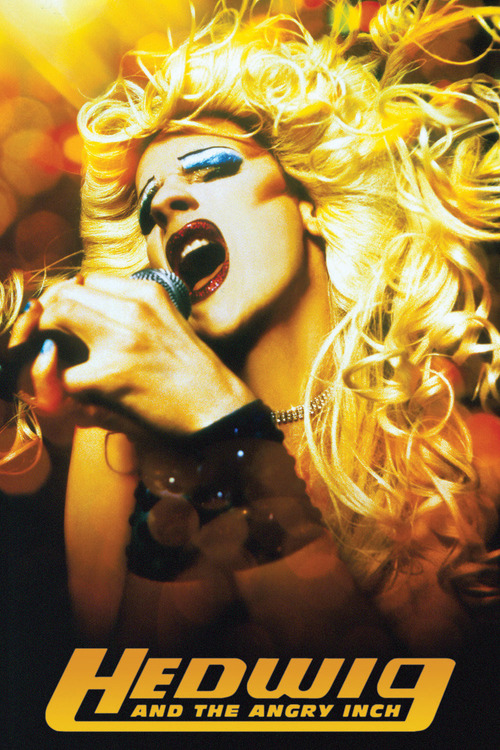 Fuck yeah, that’s a rock musical. If the songs don’t work, and if the band doesn’t work, Hedwig’s just a figure of fun instead of an alchemical marriage. (Jagger/Richards?) Good thing all that is just fine.

Velvet Goldmine is one of my favorite “I’ll watch it any time” movies, and I kept thinking about it while watching this one. Sort of the inverse of the same story. If Brian Slade gives up his whole self to become Tommy Stone, then Hedwig finds her whole self by reabsorbing Tommy Gnosis. The twinned names are probably a coincidence, but that’s a good coincidence.

This is in no way a noir. It’s a Western with maybe a bit of heist flavor, even if it was based on the same novel as one of the best noirs of all time. I’ll forgive Criterion this time, since it’s a really fun movie with a complex relationship between Ladd and Borgnine. They’re both excellent.

Aki Kaurismäki is fucking delightful. Drifting Clouds is a really grim movie except that it has an abiding faith in the power of friendship, community, and perseverance that is validated in the end.

Also, Kaurismäki has a sense of comic timing that’s well above average. I knew I was in good hands early on, when Sakari Kuosmanen boldly steps forward to disarm Markku Peltola’s drunken chef, and both men go off-frame. Moments later, Kuosmanen staggers back, wounded. Kati Outinen sighs — internally, but you can tell — and goes off-screen to handle Peltola without any further fuss.

“Dubrovnik was the best restaurant in town!”
“After the war, yes.”

Thanks, Finland, for always providing the very darkest comedy.

Kati Outinen is really good in this. Kaurismäki’s style is indeed minimalist, but that just means he expects his actors to give you a lot without much dialogue. Outinen speaks with her eyes and her posture. It’s one of my favorite performances in a while.

The cinematograph is likewise minimalist, but not austere, if that makes sense. IMDB claims it’s Eastmancolor and I’d believe it. The mise en scene is generally very simple but the colors (usually secondaries) pop. I’d say it was Wes Andersonesque but I suspect the influence runs in reverse.

There’s so much of a great movie here but there’s also a lot of Michael Pare at the very start of his career. Sweet soundtrack. 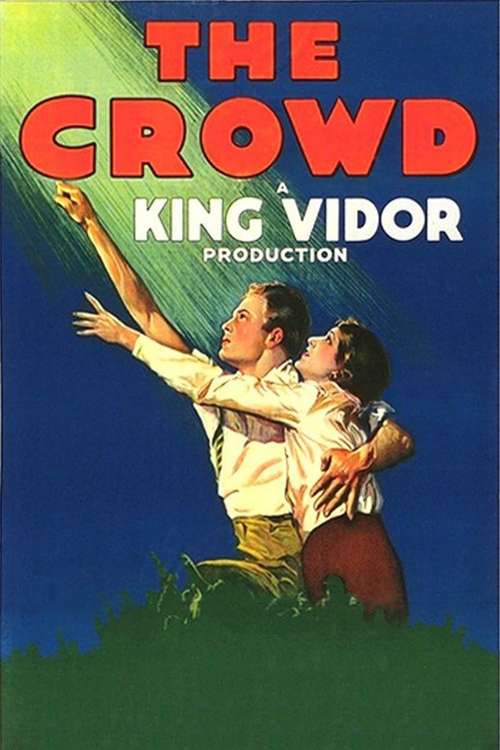 For posterity, this counts for the challenge because it streamed briefly on the Criterion Channel. Me, I watched it on a sketchy DVD from BoYing, which looks like it’s a bootleg of the Thames Television VHS tape. Worth the quality problems.

The Crowd isn’t so much a criticism of capitalism as it’s a criticism of the aimless life. In a way, it reminds me of the Aki Kaurismäki film I just watched; ultimately the protagonists of both movies wind up working traditional jobs for money, and both strengthen their marital relationships after a period of hard times.

In fact, John may be the very first cinematic manic pixie dream boy. Head in the clouds, impractical, quits jobs at a moment’s notice, wants to be creative, and in the end he settles down doing something that’s not what he wants for the sake of his family. Hm.

The cinematography is high end. I was particularly impressed by the first city sequence, when we’re traveling down streets with the crowds and then zooming in to focus on John at his desk in the middle of countless other office drones. Those shots are echoed by every director that ever wanted to show a mass of anonymous office humanity — paging Terry Gilliam.

The dialogue (or at least the title cards) is also sharper than I expected. “When John was twenty-one he became one of the seven million that believe New York depends on them” is a really pointed line.

Two more years and it’s in the public domain, so you can watch it easier than I did.